The Lost and "treasonous" State of Franklin 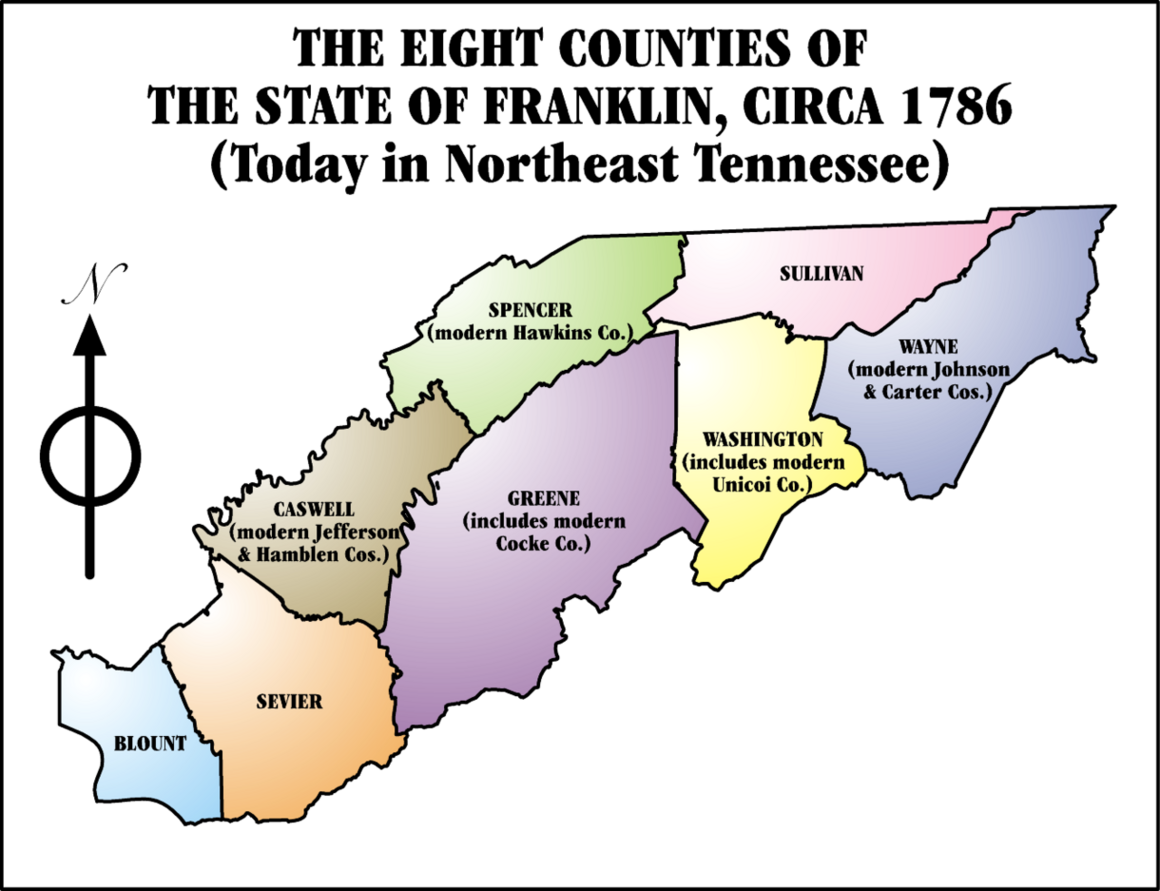 
Franklin’s largest barrier to statehood came from the top level, Congress. The statehood movement that grew out of a tiny community in Southern Appalachia reflected a larger, national conversation about how American representative democracy would work going forward, Barksdale explains. To what degree would independence be revered? How would the United States go about creating states in the uncharted Western territory? As Barksdale asks, “How committed were Americans to the basic American Revolution principles of self-determination?”​
​
​
Not committed enough to allow Franklin its self-determined statehood. The Confederation Congress rejected Franklin’s request and denied state sovereignty; perhaps, under the trepidation of how the ideas of self-determination in this tiny portion of Appalachia could spread to the rest of the country. “Appalachia becomes a testing ground immediately after the revolution for the principles of the revolution,” Barksdale says. “The chaos surrounding Franklin becomes a major player in shaping how the frontier in the Western territories will be integrated into the United States.”​
​
(snip)​
​
When I sought a connection with Greeneville, the hometown I barely knew, I obsessively researched facts and data about the place. I discovered how Viking Mountain pierces the sky at 4,844 feet, that a cannonball fired in an 1864 Civil War battle remains lodged in the side of Greeneville Cumberland Presbyterian Church, and that my Papaw Jack was a member of a group open to people who descended from Franklinites.​
​
​
I come from Franklin, but simply knowing its facts and history didn’t give me that “at-home” feeling. My best sense of home came when I stopped researching, sat quietly creek-side in the mountains that straddle the Tennessee–North Carolina border, in the good company of nettle and wild violets, and listened to the mountains. For now, getting lost in the fog in the land of the Lost State is enough for me.​

Here five more would be states...

From Franklin to Absaroka, a number of upstart territories just missed out on statehood at various points in U.S. history.

Here is a link to a video and a story... The Story Behind the Lost Southern State of Franklin

Did you know that for four years the South had one more state? Here’s the wild story of the state of Franklin, the so-called lost state of America.

The fights with North Carolina didn’t dampen Franklin’s determination. What ultimately did them in was when the Confederation Congress of the still-nascent United States denied Franklin’s claim to state sovereignty putting them at odds with the federal government. They kept fighting until 1788, when Sevier was arrested by North Carolina on charges of treason. “America’s Lost State” lasted for four years. While Franklin was ultimately unsuccessful as a state, it did change the U.S. by getting the federal government to include a clause in the U.S. Constitution regarding the formation of new states,

I like to point out John Sevier got his state by another name...

John Sevier (September 23, 1745 – September 24, 1815) was an American soldier, frontiersman, and politician, and one of the founding fathers of the State of Tennessee. He played a leading role in Tennessee's pre-statehood period, both militarily and politically, and he was elected the state's first governor in 1796. He served as a colonel of the Washington District Regiment in the Battle of Kings Mountain in 1780, and he commanded the frontier militia in dozens of battles against the Cherokee in the 1780s and 1790s.

From Franklin to Absaroka, a number of upstart territories just missed out on statehood at various points in U.S. history.

@diane can speak more fully upon the "lost" state of Jefferson.