I found a good article about RedLining... Maps with red lining... 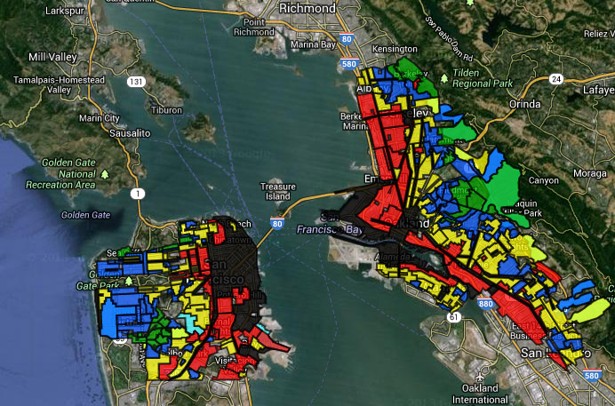 The freewheeling opportunity associated with 20th-century California was not available to black residents, and that exclusion reverberates in our neighborhoods and communities today.

One of the most heinous of these policies was introduced by the creation of the Federal Housing Administration in 1934, and lasted until 1968. Otherwise celebrated for making homeownership accessible to white people by guaranteeing their loans, the FHA explicitly refused to back loans to black people or even other people who lived near black people. As TNC puts it, "Redlining destroyed the possibility of investment wherever black people lived."

Here is an NPR on redlining... read article and feel sick...

Rothstein's new book, The Color of Law, examines the local, state and federal housing policies that mandated segregation. He notes that the Federal Housing Administration, which was established in 1934, furthered the segregation efforts by refusing to insure mortgages in and near African-American neighborhoods — a policy known as "redlining." At the same time, the FHA was subsidizing builders who were mass-producing entire subdivisions for whites — with the requirement that none of the homes be sold to African-Americans

The government's efforts were "primarily designed to provide housing to white, middle-class, lower-middle-class families," he says. African-Americans and other people of color were left out of the new suburban communities — and pushed instead into urban housing projects.

It was in something called the Underwriting Manual of the Federal Housing Administration, which said that "incompatible racial groups should not be permitted to live in the same communities." Meaning that loans to African-Americans could not be insured. 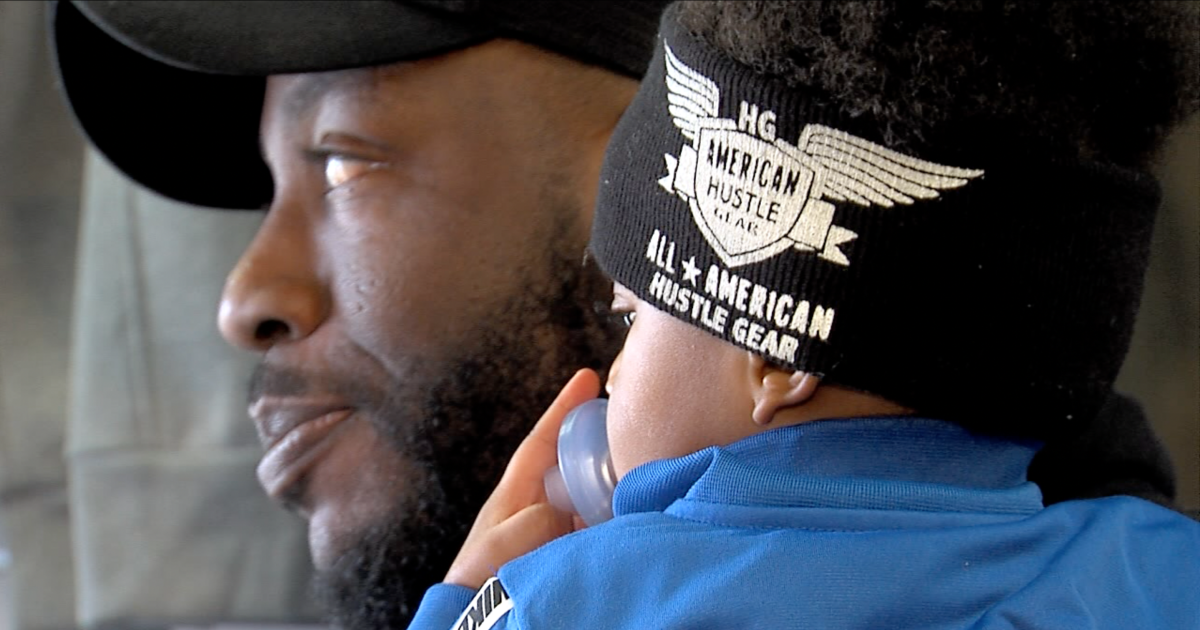 How local neighborhoods still feel the effects of redlining

A 2018 Brookings Institution study suggests predominantly African-American neighborhoods across the country are still coping with the results of a practice called 'redlining.'

It looks like the Germans are following us @rittmeister and @Wehrkraftzersetzer with housing segregation... A right-wing politician's remarks about a soccer player have focused attention on discrimination in housing. DW found that Germany's antidiscrimination law allows property owners to discriminate against renters.

5fish said:
It looks like the Germans are following us @rittmeister and @Wehrkraftzersetzer with housing segregation...

A right-wing politician's remarks about a soccer player have focused attention on discrimination in housing. DW found that Germany's antidiscrimination law allows property owners to discriminate against renters.

that's four years old and if you look at that doorbell panel: twelve names of which eight are german

rittmeister said:
that's four years old and if you look at that doorbell panel: twelve names of which eight are german
Click to expand...

Here a newer article on the topic but they have done the same test in America...

rittmeister said:
then the feds need control over federal projects
Click to expand...

Here one of the most grievous acts of racism was this program which was run by the Feds... Redlining and its aftermath is the premise of a massive free exhibit currently on display at the Boston Architectural College, up through April 29.

On maps from nearly a century ago created by the Home Owners’ Loan Corporation, immigrant populations were deemed “hazardous.” The presence of black people was a “detrimental influence” or an “infiltration.” In the 1930s, these "residential security" maps served as guidelines for real estate professionals and loan officers. The maps categorized regions across the country that supposedly deserved investment and others that were considered too “risky” for mortgage lenders. The risk was based solely on the racial makeup of a community.
Stark red lines on the maps outline neighborhoods made up of people of color. Green lines mark the “safe” areas of mostly white families. The maps are codified racism.

Created under the New Deal, The Home Owners' Loan Corporation program was meant to ease the effects of the Great Depression. Yet, these policies destined redlined regions for disinvestment and concentrated poverty. Redlining was followed by other detrimental efforts such as urban renewal, which cleared neighborhoods to construct housing projects and highways, in turn displacing communities of color, once again changing the urban geographical landscape.

“[Redlining made] skin color and class synonymous with the devaluing of property, reinforcing a perception of the ‘us’ and ‘them,’ De Simone said, “stating [that] if a certain ‘element’ comes in, at all costs, you have to try to keep them out because that's how you'll maximize your value.”

Here is a Orlando Redlining story... @O' Be Joyful , @jgoodguy , @rittmeister , @Jim Klag , @diane ... There is a video and maps... I live Southeast of downtown Orlando but North of the airport... I 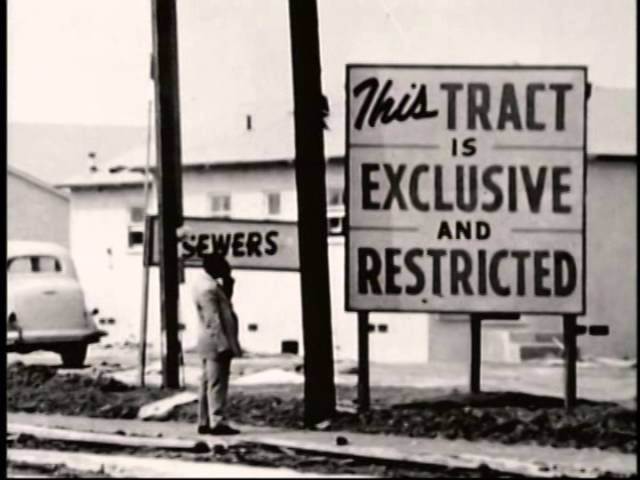 From the documentary Race:The Power of Illusion The practice of redlining refers to the practice of controlling where people of color could actually live, by selectively raising prices based on race or ethnic composition. This tactic of racial segregation was practiced across the country in the...

The practice of redlining refers to the practice of controlling where people of color could actually live, by selectively raising prices based on race or ethnic composition. This tactic of racial segregation was practiced across the country in the early part of the century but largely abandoned.

You have an interesting - and usually taboo - topic, going 5fish. The main reason we're able to discuss the particular matters you're addressing is because it was codified - official - which means it was written down. The 'redlining' around Northern California, primarily targeting Indians, was never 'put down in writing'. (Rancherias were totally different so we can leave them off.)

Several years ago the topic of the sundown law in the old home town came up. Everybody swore up and down such a thing never existed and as proof it wasn't on the books. No, it wasn't codified and that makes for deniability - and the illusion of following federal law. Nevertheless - you sure as hell couldn't live wherever you wanted if you were me! Not bad, though, considering the Sacramento Valley and Southern Oregon was worse. In Oregon, it was in their state constitution - no blacks! - until 1996.

The West makes the South at its worst look positively liberal.

diane said:
The West makes the South at its worst look positively liberal.
Click to expand...