Gawd how I like slow softballs in debates. Just wish I had not overslept.

Jim Klag said:
It still amazes me how people give zero credit to northern soldiers' fighting to save the Union/nation. Only the rebels, who deliberately attempted to break up that Union/nation, have a love of country. Did it ever occur to these folks that northern immigrants came to America because of the promise of "government of the people, by the people, for the people?" Can northern soldiers not also be patriots? Remember, Davis was the first to introduce conscription. For the first 2+ years of the war, the US Army was 100% volunteers. The USA fought all the way to Gettysburg with an all-volunteer army. Confederates cannot say that.
Click to expand...

diane said:
It was more difficult for logistics in the North because the South had such poor infrastructure. That's why Jefferson Davis had been trying most of his political career to get the moss-backed planters to allow progress - like a port or shipyard rather than a mere landing. However, Van Dorn's spectacular three pronged raid through north Mississippi and middle Tennessee - him, Morgan and Forrest were a dream team for that - accidentally made a bulb go on over Grant's head. His depot was destroyed, no food or supplies, he would have to withdraw...except Mississippi was the richest state in the country. He was astonished at just how rich when he began to get together replacement foodstuffs and necessities. That gave Sherman ideas, too, for a future march to the sea. At any rate, the cavalrymen did much better than the foot soldiers of the CSA - when Forrest surrendered in Alabama just about everything he turned over had USA stamped or branded on it! He made no requisitions the final two years of the war but supplied himself from the enemy.
Click to expand...

rittmeister said:
care to expand on that?
Click to expand...

Lots of Germans in Sudetenland so Germany demanded the land they were on. Or did I miss something.

jgoodguy said:
Lots of Germans in Sudetenland so Germany demanded the land they were on. Or did I miss something.
Click to expand...

so who seceeded before that happened?

rittmeister said:
hä? so if someone tells you your country is a lot smaller now your answer is 'okay'?
Click to expand...

rittmeister said:
so who seceeded before that happened?
Click to expand...

I was thinking more of aggressive armies, sorry about the confusion.

That's so - Grant was doing something else there but that was a happy side effect for him. This is why Forrest stepped up his raids on Union garrisons that were not particularly important - he needed medical supplies and whatever they had on hand.

"Hit em inside out" look to where they are playin' you shallow and send 'em into right field, it's all in the wrists...and the footwork. Got a few inside the parks that way, and I'm slower than George Thomas.

I still remember Tony Perez #24 once saying, "I am slower than I look Joe." He o/c was speaking of his speed on the base-paths. 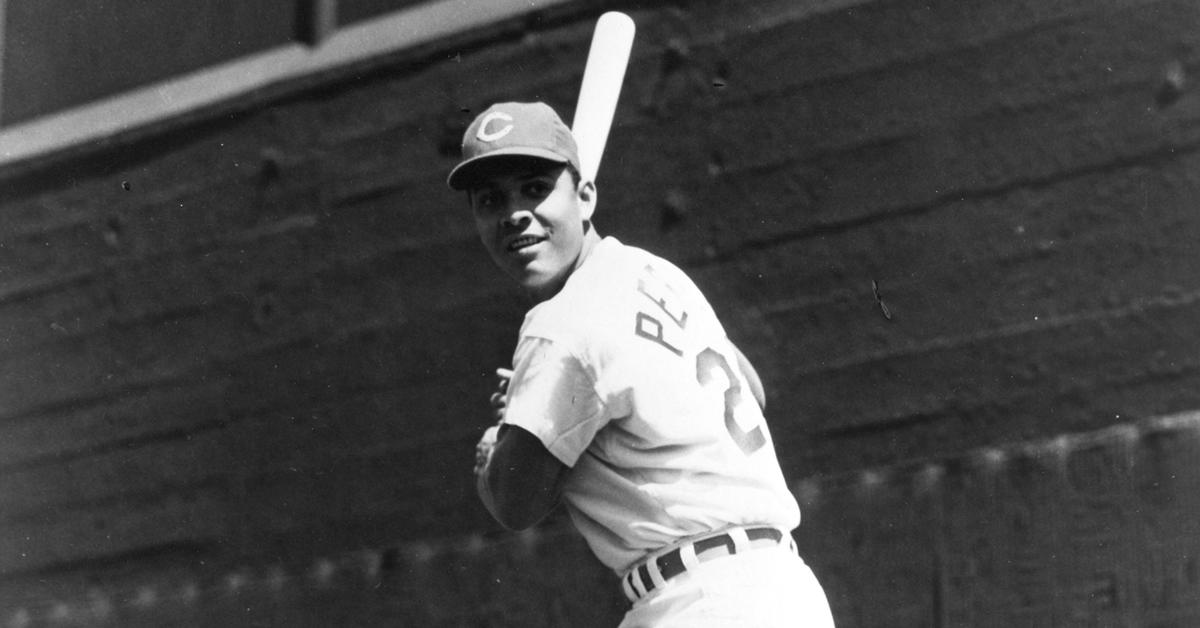 Tony Pérez was among the best when it came to driving in big runs for Cincinnati’s “Big Red Machine” of the 1970s.

I was there at the game when they retired his number. When they traded him to the Montreal Expos The Big Red Machine broke down as the main cog was gone. Traded for Woodie Fryman --a Kentucky boy--and trash... I'm still pissed about it.
You must log in or register to reply here.
Share:
Facebook Twitter Reddit Pinterest Tumblr WhatsApp Email Link
Top